Grassland birds benefit from removing trees from the prairie landscape. But some people may object to getting rid of trees because of this impact on other birds. Here are some questions we often get about this management plan, and our replies:

If Spring Creek Prairie is a nature preserve, why are trees being cut down?

Tallgrass prairie is considered one of the nation’s most threatened ecosystems — less than two percent of its historical range remains in Nebraska. A major goal of ours is to restore and manage our native tallgrass prairie (more than 600 acres on site) for the plants and animals that rely on it. To do so, we employ a management program involving prescribed fire, prescribed grazing, and invasive plant species removal, which includes trees.

Are trees really a problem?

Yes. Studies show that grassland nesting birds avoid trees if possible. Nesting close to trees reduces success due to egg predation by mammals like skunks, raccoons, and bobcats, and raptors such as hawks and owls. These avian predators perch on trees to scout for grassland birds and their nests. Trees also create edges for brown-headed cowbirds to perch on and locate grassland bird nests to parasitize with their own eggs.

Why are grassland birds more important than other birds?

Grassland birds have experienced the greatest decline of any bird group in North America over the last 30 years. From a conservation standpoint, providing adequate habitat for these at-risk birds is of utmost importance.

Which grassland bird species are sensitive to tree lines?

Where will the other birds go?

The local habitat remaining for birds not dependent on prairies is far more expansive than that for grassland birds. Generalist bird species will find adequate space in the nearby landscape.

Are the trees at Spring Creek Prairie a recent phenomenon?

Aerial photographs of the Spring Creek Prairie property taken in 1937 show there were virtually no trees south of the visitor center. There was an open woodland to the north along Spring Creek in what is now Wachiska Woods.

How much of the property is being impacted?

The distance from trees that is poor for grassland bird nesting varies greatly depending on the species, but an average distance is 100 meters. Almost 350 acres of Spring Creek Prairie’s 850 acres lie within 100 meters of existing trees. The tree cutting will remove mostly low quality trees from a 45-acre area. This will open up 150 acres that will no longer lie in that 100-meter zone. The removal will also help create one large block of prairie, unlike our current situation where the prairie is dissected into small pieces by tree lines.

Will all trees and shrubs be removed?

No. Trees north of the building in the windbreak will remain. (In fact, new trees and shrubs have been planted in this area to enhance the aging, degraded windbreak.) Trees located in the wooded area north of the pond and in Wachiska Woods will remain, although the area will be thinned to remove invasive species and to promote open woodland.

How You Can Help

There are lots of ways to help out at Spring Creek Prairie. Find out how! 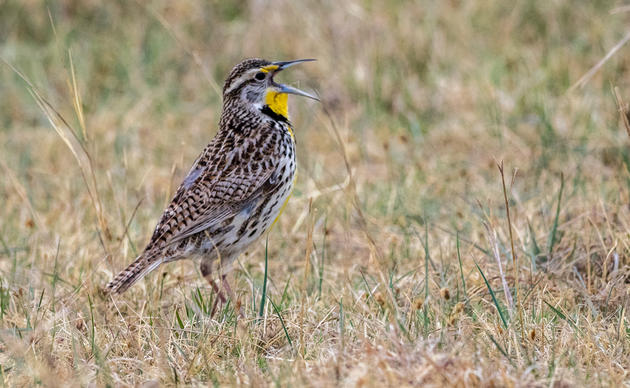 How you can help, right now

Our supporters help the prairie flourish!

Join our wonderful group of volunteers who help keep the prairie growing!

Spread the word. It’s the least you can do.

Our email newsletter shares the latest programs and initiatives.